I have started to learn about SQL and installed Valentina Studio & PSQL on my Ubuntu.

then I have entered `Valentina Studio` and connected to this server with 'discover localhost server` - it found the `PostgresSQL` and I entered the password that I set up before in the terminal and it looked ok and like it was connected.

I have created 4 empty new databases in the `VStudio` and tried to import to them some databases which are located on my desktop.

I got the `database does not exist` while it sure does as you can see in the screenshot.
When I tried to do the same with `template1` the skelton database of psql, it worked.

But why the Vstudio and the PSQL are not connected to each other? 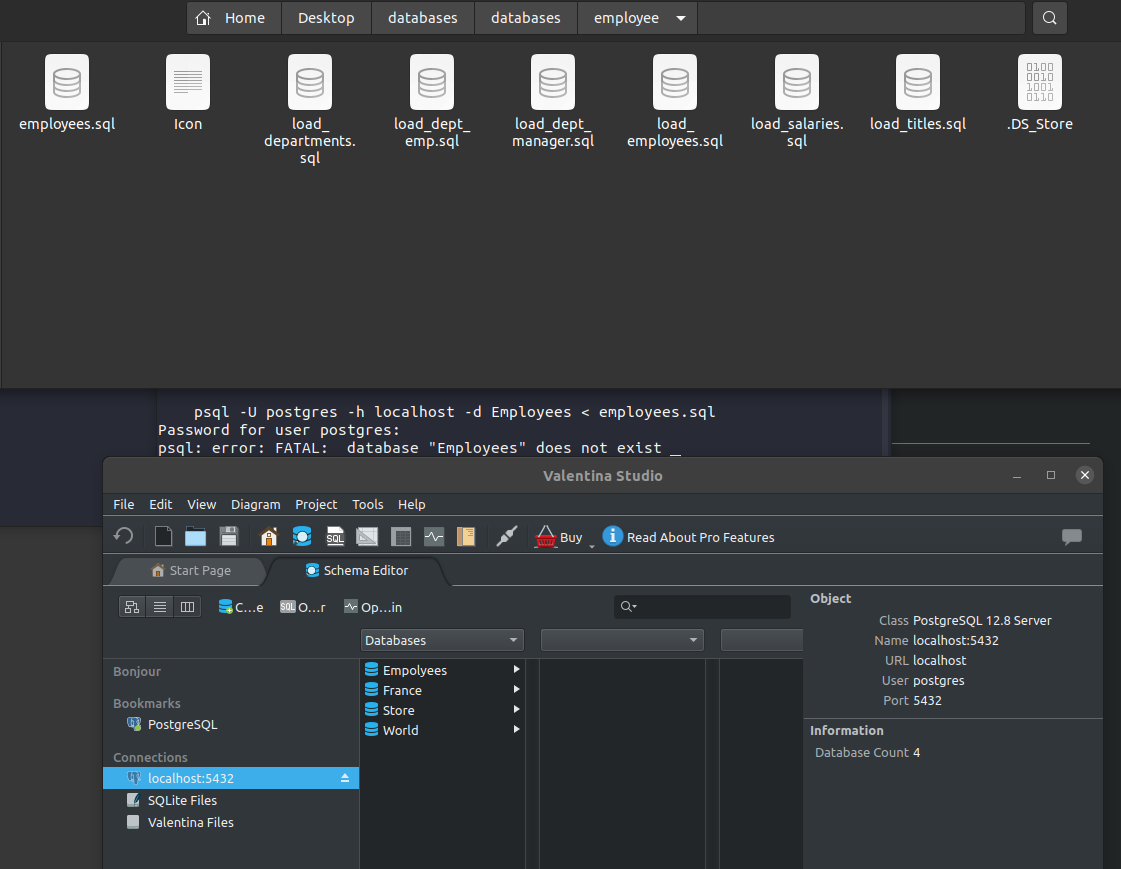 Not sure (psql docs doesn't state it) but what if you create a database with a name in lower-case?
Will you be able to connect to it using psql?
コメント
There are no comments made yet.

François Van Lerberghe 承諾済みの回答
Perhaps a permission problem if VStudio hasn't the read or write permission on the file ?
コメント
There are no comments made yet.

Sergey Pashkov 承諾済みの回答
But it’s psql doesn’t connect to the database. I think the error message is different for permission problems
コメント
There are no comments made yet.

There are no replies made for this post yet.
However, you are not allowed to reply to this post.