SQLite Database Server lets you scale up your SQLite-based applications to client-server.

SQLite is an incredibly popular single connection, local database because it provides a stable, flat-file database solution for application developers.

SQLite is an in-process library that implements a self-contained, server-less, zero-configuration, transactional SQL database engine. The source code for SQLite is in the public domain.

Valentina SQLite Server is one of three servers in Valentina Server. 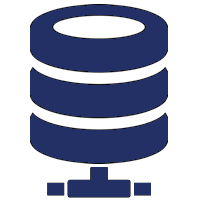 Even with the SQLite native implementation of WAL (Write Ahead Logging) for atomic commit and roll back, other activity can come to a stop. Valentina SQLite Server does not break compatibility but instead delivers a fast, stable and reliable SQLite as a Server solution without requiring you to rewrite a lot of code.

VDN Server has the exact same feature set as Valentina Server, except it is licensed for developers to deploy it to their customers.